I’m not speaking about the bits of trickery you pull on other people to deceive them or pull a prank on them, (don’t shake your head in disagreement I know you people are doing it) no, I’m speaking about computer games. Last night I sat a bit playing pool on Facebook and it went through my mind…just how much time have I spent playing games, and what were they?

Well, I will have to start with this one. Colin McRae Rally 2.0.

I started playing it in 2001, I think. This second game features the 1999-spec Ford Focus WRC, the 2000-spec Ford Focus WRC, Mitsubishi Lancer EVO VI Gr.A, Subaru Impreza WRC2000,Peugeot 206 WRC, Toyota Corolla WRC and SEAT Cordoba WRC, among other cars. The countries included are Kenya (gravel and tarmac), Finland (gravel and mud), United Kingdom (tarmac, mud and gravel), Sweden (snow and ice), Australia (loose pea gravel), Japan (1 stage in challenge mode, Tarmac and Mud), France(Corsica) (tarmac), Greece (rough gravel), and Italy (tarmac). The car featured on the front cover of the game was McRae’s Ford Focus WRC 2000 (V3 FMC). It was just impossible for me not to turn on the computer as soon as I opened my eyes and have a crack at another stage in the woods of Finland. I used to spend hours playing it, all until I lost the CD somewhere while moving stuff around my room. I used to go through some of the stages in my dreams, I was so hooked, but then it faded until this came along. The Need For Speed: Most Wanted. 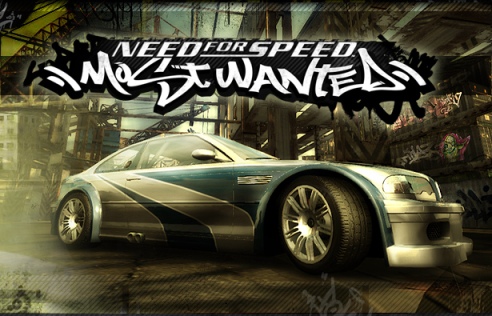 I can’t say this was worse than the previous game, the rally, but I did have ma fare share of lunacy playing it. The first time I started playing it it was the sheer excitement because I really liked the game, but then I turned into a freakish kid who went about finding new and ingenious ways of destroying as many police cars as possible, running away from the police for as long as possible (and escaping), making the most public damage and playing it only to watch the movies, played at certain stages of the game. But nothing compares to this, The Football Manager.

This is the cover picture of the 2010 Football Manager as you can see, but the addiction to this game spans back to year 2000 or even further as I can’t really remember now. At the time it was the EA Sports Fifa Manager but then I turned to this. It becomes a disease really, one you can’t cure. You wake up, start your computer and start the game. I used to do many things around the house but leave the game running so that I don’t have to reload it time after time.

I must admit, that recently I haven’t been playing anything really. Don’t have much time for that. What I need to do now is find new and ingenious ways of creating time, so i can go and revisit the good old gaming days.

So what were the games you played?!

One thought on “Games we played”